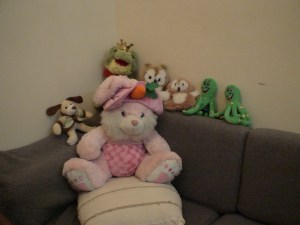 ‘Jeet cuddled and threw me around so much that I can barely do anything. Each part of me is aching terribly’, he said with a sigh.

‘But you are so lucky, Pinku, he loves you so much that he cuddles and wrestles with you. Me, he barely sees nowadays’, said Hooty in a small voice.

‘What do you mean by that, what is being green mean?’ asked Hooty.

‘They mean that you are green with envy’, said Owly.

Yes when a person is jealous we say that he is green or green with envy’, answered Owly.

‘Oh that’s nice, so the color green is linked with envy’, said Hooty

‘Yes’, said Pinku,’ there are some other colours too which are linked with some other meanings’.
‘oh tell me, tell me about them’, asked Hooty.

‘Wll there is white. White is the color of the clouds and the color of dove. White also symbolizes peace’, said Toady.

‘Have you seen a traffic light, Hooty’, asked Doggy. 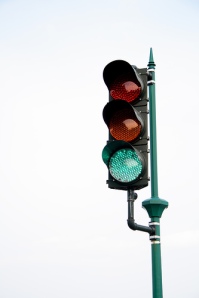 ‘Yes I have seen one in one of Jeets book’

‘Yes I do I do… Green, yellow and Red, answered Hooty.

‘Well, the red tells us to stop, the yellow to be cautious and green is to go or to start.’, said Doggy.

‘But just now you told green is for envy, now you are telling me that green is to start.’ Said a confused Hooty.

‘Well, green is used to signify envy but in a traffic light it means to start’, said the wise Owly.

‘Tell me some more, some more,’ said the eager Hooty. 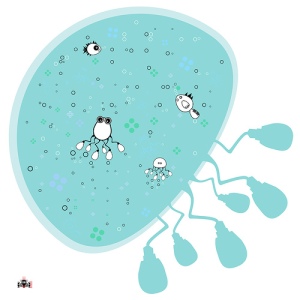 ‘Hmm blue is the color of the sky and the ocean but its also linked with sadness, like when someone is sad; he says that-I am feeling blue’, said Octo

‘And black is a color of authority’, added Greeny

‘Hmm is that why when Jeet’s father goes for some important meeting he wears a black Suit,’ asked Hooty.

‘My dear Hooty, for the time being this is enough, why don’t you try to remember these at present, and we will tell you more when you have learnt this fully’, said Toady.

‘Why what happened, asked Doggy.

‘Ocot and Greeny are green, does it mean that they are always jealous’, said Hooty with a twinkle in his eye.

And everyone smiled except the two Octopuses.